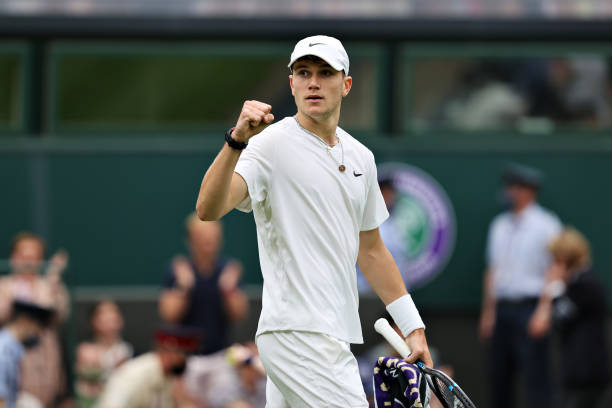 Jack Draper is a twenty-year-old British tennis player, who is currently 145th ranked player in the world. He played Wimbledon final as a junior back in 2018. In that time the only player to stop him was top-seeded Tseng Chung-hsin, who won in three sets. Since then he made big progress. Last year he won one set against Djokovic in his main draw debut. The new season started in the best way for Jack as he won three challenger titles in Forli.

Hi Jack, thank you for agreeing to do an interview with me. First of all congratulation on your third challenger title. How does it feel to you?

It feels amazing to win my third challenger in Forli and to win my third title of the year. I was working really hard for the past weeks. I’m happy that it’s paying off a bit.

It is your second title in a row and third this year in Forli. Why do you think you play so well there? Were the conditions good for you?

I think it’s not so much about the place. It’s more about the fact that I have played solid and aggressive tennis. Also, I've been mentally and physically able to produce a very good level on the court.

You played three finals in Forli and in the first of them you played against Jay Clarke. Is it hard to face a player from your country?

Yes, it is hard to face another Brit. But I guess it’s part of the job. It’s important to put that past you, keep going and fight for every point.

How did you feel after you win the third title this year?

I just felt very happy and clear in my mind. All the work I’m doing is correct and I’m moving in the right direction.

Could you imagine starting this year in a better way?

I don’t think so to be honest. I’ve lost to two very good players in the five tournaments I’ve played this year. Every time I have stepped on the court, I have given myself the best chance to win.

Did you have some free time to enjoy the city?

I had no free time in Italy, to be honest. It’s hard sometimes. In some places, we travel just from the tennis court to the hotel.

Now I would like to talk about the beginning of your career. Who introduced you to tennis?

My mum introduced me to tennis when I was five. I was playing recreationally at a young age and just enjoyed every moment when I came to the tennis court.

As a junior, you made it into the finals of Wimbledon. What does this achievement mean to you now when you look back?

This means a lot to me of course. Especially Wimbledon made it even more special. I thought I can achieve this moment. I believed that I could make it and I was good enough to do it.

You were an unseeded player and you beat 7th seeded Adrian Andreev in the second round. Did this win give you more confidence in the rest of the tournament?

I think that I had a lot of confidence just through the hard work I had been putting in. But beating really good players also helped to progress further.

After tough matches, you made it into the semifinals. The result of the final set was 19-17 against 5th seeded Mejía. How hard it is to play a match like this?

It was very emotionally difficult to play a match like that. Physically it got to the point where it was all adrenaline. Definitely one of the most memorable, crazy matches of my career. Nico is a really good friend of mine now.

What were your feelings after winning the match point and making it into the finals?

Unfortunately, you lost in the finals. How did you feel after that match?

I felt exhausted. I had given it my all and it wasn’t meant to be. There are worse things in the world, I thought to myself. I was proud of my efforts.

Last year you had another great experience at Wimbledon. You received a wildcard for the main draw. How did you react when you found out about it?

I was more excited than nervous. Then I realized quickly that it was a great opportunity to be in the draw and play a champ like Novak. I believed I could do some good things.

Your opponent in the first round was Novak Djokovic. Were you glad that you got a chance to play against him?

Yes, like I said I was happy to play and compete against him. I learned a lot in this match.

Were you happy with your performance against him? Or were you expecting more?

I was disappointed with my performance in some aspects. But that’s why he’s great. He can make you look pretty average. I realized I had to develop my game more. Also, I had an ab strain coming into the match, so I did the best I could do.

Do you have any goals for this year?

My goal is to stay fit and injury-free. I also want to enjoy my tennis and work hard.

When will you play next tournament?

I’m not sure at this moment. I plan to get a good balance of tournaments and then go home to improve.